A Division of Arthritis and Rheumatism Associates, PC

What exactly is a biosimilar?

In case you missed it, there’s a new lower-cost rheumatology medication: the biosimilar.

Well, you may know what biologics are – highly complex medicines made in living cell mixtures that are given as injections or infusions for autoimmune diseases like rheumatoid arthritis, psoriatic arthritis and lupus, and other conditions. Many of the drugs administered at ARISE are biologics. Think of biosimilars as a little like a “generic” version of biologic drugs. The difference between a generic and a biosmilar is that a generic contains the exact same active ingredient as its brand name drug, whereas a biosimilar is proven to be highly similar to its brand name biologic, yet can have slight differences that do not have an affect on the way the drug works. Slight differences are expected due to the large size and complexity of biologic drugs.

Because biologics are more complex compared to regular “small molecule” medicines (such as pills), the Food and Drug Administration (FDA) requires much more rigorous analysis before approving biosimilars compared to generic drugs. The FDA has approved 17 biosimilars as of this writing (March 2019), but due to patent disputes and manufacturer decisions, only 2 of the biosimilars approved to treat autoimmune diseases are available. They are biosimilars to Remicade (Inflectra and Renflexis). Many more will become available in the next few years. The list of FDA-approved biosimilars is here.

Each biosimilar is administered in the same way, with the same dose and frequency as its brand name biologic. Biosimilars appear to be quite safe and effective based on rigorous data from the FDA approval process, as well as numerous clinical studies, and also experiences from Europe and other countries where biosimilars have already been used for several years.

Why take a biosimilar? Because it could cost less than its brand name biologic. For example, biosimilars to Remicade are currently about 15% less expensive and appear to have prompted lower prices for Remicade. It is hoped that biosimilars will help lower the high cost of prescription drugs and improve access to breakthrough treatments for people with autoimmune diseases in the U.S. 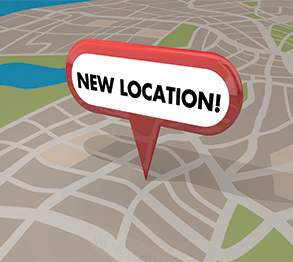